I’ve stepped in it this time… Having agreed to participate in this year’s Wooden Boat Festival with a display of Japanese boat models, I just learned today that they are making this year’s theme “Japanese Boat Building”, specifically mentioning, among other things, Japanese Boat Models.

This morning, I received an email from Douglas Brooks, who encouraged me to participate. He sent me a link to the following blog post that was recently published by the Northwest Maritime Center in Port Townsend, Washington. 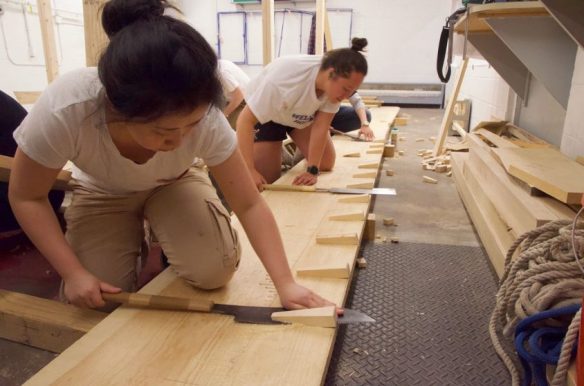 So, it looks like I’m in it as I’ll be the only builder of Japanese boat models there. I think I need to learn to be more confident about my knowledge of both the models and of Japanese boat building and to realize that I have a certain, if limited, expertise on the subject.

I’ll be bringing several of my models to the show, but will try to focus on my scratch projects. I do have my Hozugawabune, Bekabune, Kamakura period trade boat, and a mostly finished Kobaya. Also, I should have a completed Tenma-zukuri chabune and a miniature Hozugawa kudari bune, or river tour boat, that I recently started, but more on that later. 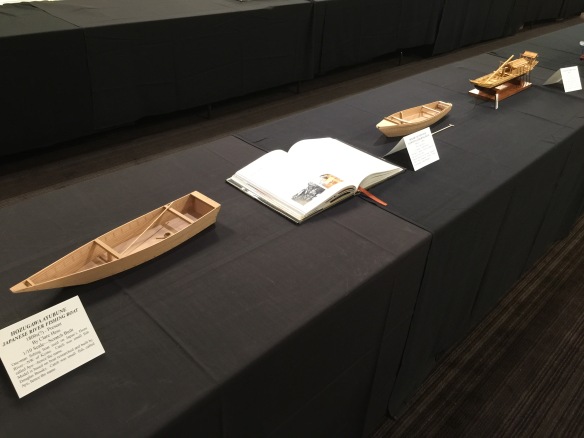 I’ll have a table set up for the models, but will also be demonstrating my Japanese boat building techniques at various times throughout the festival. That should give me two full months in which to refine my techniques!

Douglas is also trying to get me to sing a song at their boat launching ceremony that takes place on the last day of the event. I think he’s determined to make it happen. I also think I’m going to be urged to bring a shamisen too (3-stringed fretless lute played with a plectrum), and to play some music some time during the 3-day event, though I’m not really much of a soloist.

I would try to just stick to displaying my models, but he has gone out of his way to get me involved in the event and the event organizers have even arranged for a place for me to stay, so I think I’d better do what I can. And, who knows, maybe I’ll be “discovered” as a new Japanese music talent. Ω