I added some details to my 1/20-scale rice field boat since my last post, so I took some new photos.

Again, the the bow rises up too much because of the distortion in the drawing I used. The actual amount of rise at the bow should be 250mm at full size, or 17.5mm at this scale. On this model, it ended up being 21mm. 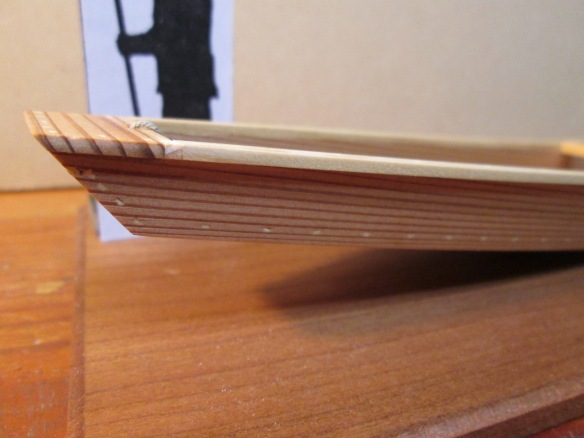 For the nail mortises, I have a tool I made for my 1/50-scale Kamakura Umibune that actually seemed to work okay for this model. At this scale, the tool makes mortises that would be about 20mm wide, or just under an inch. For smaller nails, maybe this is okay.

I just took a guess at the spacing between nails using a higher density of nails at the transome or todate and the bow, which I would normally call the miyoshi, but I don’t know if that term applies to a flat bow like on the tabune.

I filled the mortises afterwards with putty and sanded off the excess. I decided to seal the wood with Watco natural finish Danish wood oil. I haven’t done this with other wasen models, but decided to give it a try here. 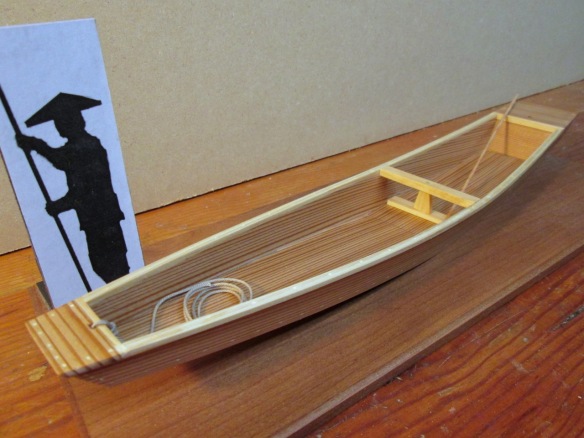 Finally, I added a coil of rope at the bow and tied it off to the forward beam. Since the boats were propelled by poling, I took a dowel and scored it at sections to represent bamboo. Some wood dye applied filled into the cuts, making them more pronounced, and a little sanding in between also helped create the bamboo look, though it came out a little too pinkish. 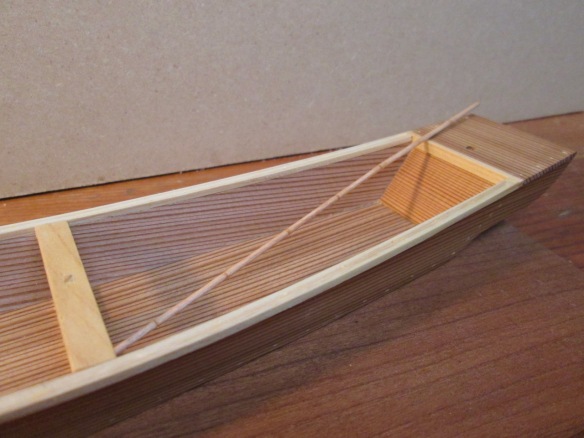 Finally, I made a small silhouette prop of a boatman to give the model a sense of scale. I’ve made several of these silhouettes for my wasen models now for my boat displays. I think this particular figure is overdressed for a rice field boat, as rice growing takes place from April or May to September or October, depending on the location. But, a very warm to hot and humid time of year. 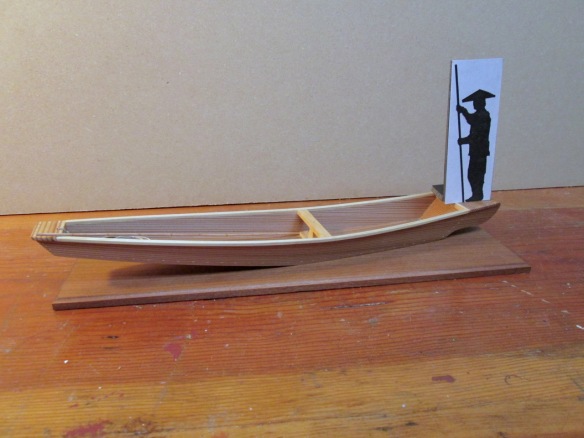 If I make another of these, I’ll try using a lighter colored wood for the entire build, probably hinoki, but maybe something cheaper and easier to get here, like basswood. Ω